Dan was affectionately called the Bard of the Celts and was the first loss of a beloved member that we had to endure.

As an Irishman, to honor him, we have created a $500.00 Scholarship for those studying Irish music, dance, athletics, or language. 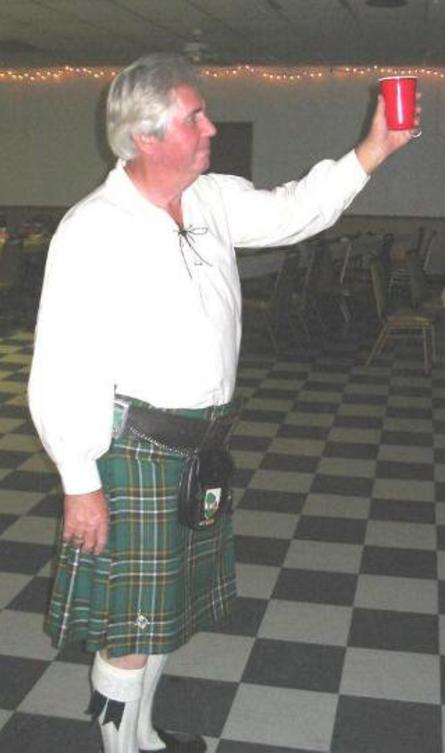 Ode to the Bard

Dan, Dan our Bodhrán man, the New World Celts bard in this land

He loved his tales and loved his songs, but alas, now he is gone.

the fairies came to get him,

Tis an ancient world where heroes go,
It’s a place of youth and beauty.

Sickness & death do not exist
and eternal Happiness is their gift.

Music and laughter are only heard,

of food and drink there’s plenty

Dan is happy, young, and strong

and both his knees move freely.

He’s sharing the tales of the New World Celts
And songs that he has written.

Chatting it up with Fionn mac Cumhaill

And a pint with Michael Collins.

All the greats who had come before,

were standing there to greet him

Your struggles now are over.

This corner of heaven is Ireland,