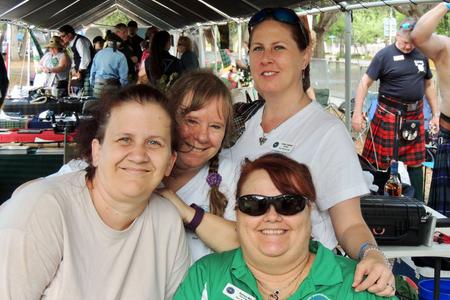 Amber has been an active member of the New World Celts since November 2013. She has been very active in the activities planned by the Dunedin Chapter including serving on the Whisky Tasting Cabinet since 2014 and an active volunteer with Barbarians at the Gate, Dunedin's "Unofficial Security" for Celtic and Dunedin community events. She served as the President of the Dunedin Chapter from 2015 - 2017.

In addition to serving as the current Executive President starting January 2018; she continues to assist as Co-Chair for the Dunedin Chapter’s Whisky Tasting Cabinet.

​Claire has been a member of the St. Pete chapter and is the former President. (more info coming soon)

New World Celts, Inc. corporate governance is executed in accordance with the New World Celts Constitution and By-laws by the Executive Committee.

The Executive Committee is comprised of an elected President, Vice President, Treasurer and Secretary.

The Governing Board of Directors is made up of the collected Chapter Presidents and benefits from input from Committee Chairs and Advisors of Celtic Interest Groups.